In Slightly Annoying Traffic you have to prevent crashes. You can stop and start cars by clicking on them.

NOTE: The exe version will maybe run better on your computer and is able to display the game with better graphics. The leaderboard is not working in the browser version.

I’m several years late, but this was a fun game to play.

I'm glad you enjoyed the game!

Oh I love this game! I've seen another version on mobile called traffic rush. It was basically the same game but you could also speed up the cars. Great game!

Reply
Emile of the Purple Land4 years ago

A very delightful game actually. Haven't tried on android yet but will, just to achieve a respectable high score :D Good work, fun in a ...soul ripping way!

this game was so fun to play!! the train made me laugh so hard when it smacks into the cars XD really awesome job on creating this game!! :D
Reply
Viixuss4 years ago

This game was very challenging however it was a lot of fun!

(And This is the video about this game SAT)

I'm glad you liked my game, even though I don't understand a single word in your video. ^^

Can I ask for source code ?

Sadly I had to make the source code private because my game was/is getting uploaded on many websites without any permission.

That's why people include credits button in the main menu. (people don't really have balls to rebuild your game)

I wanted to learn from your code, Is there any way that we can talk ?

its really a great game. im not good with mouse but this is absolutely amazing. the best part of this game is losing, its really funny when the car crash its other and the screen is full of car. the only annoying thing is the crossing train, its good to have extra like train instead of other moving car but try to improve it, my idead is to put the danger sign 2 seconds before the train crossing (just like the "feeding frenzy 2" games when baracuda crossing). anything than that is amazing, i hope you enjoy some of my gameplay and the last 45 seconds is really funny

By far the biggest problem I have with this game is cars that come from the top right (especially in the right lane) while the train is crossing. I have to just sit there with my mouse to make sure to stop those cars from hitting the train, which means I can't do anything else on the screen. Half of my games I lose this way. I need either a little more space to see where they're coming from, or for this to switch to right hand drive (or put the train track over the top left road, which allows a longer incoming lane to be seen on the screen) so at least there is a longer lane to see them coming into the intersection. There is about one car length of road there, which isn't enough time to see the car and stop it before it hits the train.

The other major complaint I have is that sometimes police cars hit the train. I can't stop either, so am I just doomed to lose when that combination comes up with the wrong timing?

If you play the game on full screen, it should be possible to see cars on the top right.

I already tried to deactivate the spawning of policecars, while a train is on the map. But policecars can spawn before the trains spawn. But I think I have a solution for this problem and I will update the game soon.

This turned out to be the biggest challenge I did with my YouTube buddies. Not only did a lot of people participate, but the challenge was real...

This is great! Really damn hard but great :p

Love it. Simply and fun 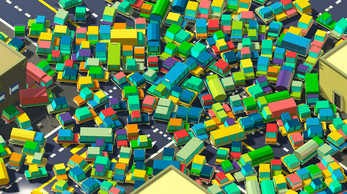 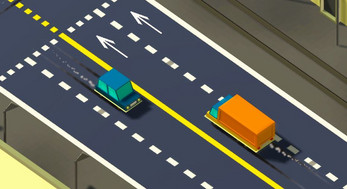 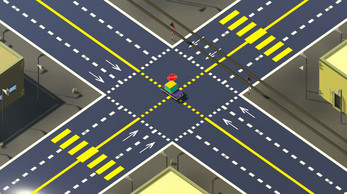 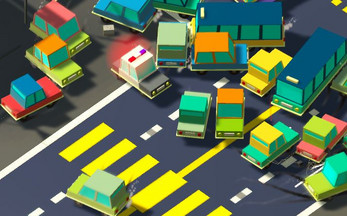 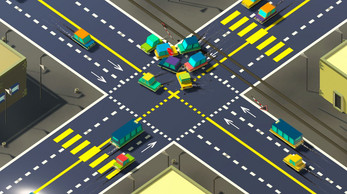